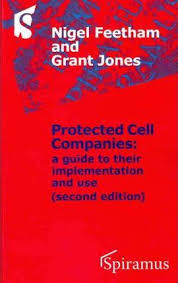 BOOK REVIEW: “Protected Cell Companies: a guide to their implementation and use”, Second Edition, by Nigel Feetham and Grant Jones. Published by Spiramus

The first edition, published in February 2008, has already established a reputation as the original book on Protected Cell Companies (PCCs) – a growing phenomena in the insurance industry in particular. The book is still the only book written on the subject despite the fact that the PCC exists in many jurisdictions including the USA, Malta, Gibraltar (in the EU) and numerous offshore domiciles. For the second edition, the authors have taken the opportunity to significantly widen the scope, particularly with USA issues.

This second edition, whilst it retains its practical emphasis, has now benefited from further analysis and research. The new Foreword is by Professor Larry Ribstein, a leading authority on new forms of companies in the USA. With a subject as complex as PCCs, it is actually very helpful to the reader that the issues are placed in an organising framework, and we have the concept of the “legal laboratory” being introduced as a way to explain the success or otherwise of innovation in corporate forms.

Practitioners will find first principles explained in the fields of company law, insolvency, accounting and insurance, and all of these in an international context. In writing this new edition Feetham & Jones set out to describe important legal developments since the publication of the first book, and to demonstrate, through further study, that the concept of statutory segregation of assets and liabilities was not new.

So what is a PCC?

It is a limited liability company with the ability to form “cells” that are segregated from each other and from the company. The basic idea is to ensure that any one cell cannot be affected by the business of another cell. Such a company form is facilitated by local statute. The cells themselves are not companies but have sufficient attributes such that they may trade under the umbrella of the PCC. In most jurisdictions, PCCs are akin to captive insurance companies, but the concept can also apply to investment funds and special purpose entities.

Where does a PCC come from?

In the first edition, much was made of the risks of this form, given its relative novelty. Whilst these concerns are still valid, the authors have included much more material on the genesis of the PCC, and several themes are explored in far more depth. This is not just of academic interest, since if it is demonstrated that the PCC is really a version of a much older corporate form, then challenges to the PCC will be much harder to sustain.

A stunning insight of the book is to compare Lloyd’s of London to a PCC. Readers familiar with Lloyd’s will know that there is a Central Fund to which all participating syndicates must contribute, and so the Fund is analogous to the “Core” of a PCC, and the syndicates are like cells. The simple point to make is that this works – Lloyd’s started trading in 1688 and has been in business ever since.

Feetham & Jones remind us that banking holding companies have been used to segregate assets and liabilities from a wider corporate grouping since the time of the Medici family in renaissance Italy.

The new book describes the many examples of structures around the world that perform a similar function to the PCC and indeed a highlight of the new edition is to show that statutory segregation in the corporate form also existed in other jurisdictions before Guernsey enacted its legislation.

Feetham & Jones bring to our attention legal forms in Chile and Italy (that pre-date the PCC) that are very similar in effect to the PCC. We are also informed that Bermuda is perhaps the first significant home of the PCC (or Segregated Account Company) for captive insurance companies.

In the USA, there is a legal form known as LLC, which is really a form of limited liability for partners and was introduced in 1977. Moreover, this was developed by Delaware into the Series LLC in 1996. The Series LLC is similar to a PCC (and pre-dates the PCC) but it was not conceived as a suitable form for insurance companies – at least not until 2010 – when Delaware announced the first insurance Series LLC. This is an example of the “legal laboratory” at work such that the future prospects of a corporate form can be totally different to those imagined at the outset. The authors emphasise that the PCC structure is inherently flexible so that it may be used in surprising new areas. In fact, we may not really know the answer to this in the foreseeable future if we accept the long-term perspective as being relevant. I am reminded of a famous quotation from China – “It is too early to say” – Zhou Enlai, asked in 1971 for his assessment of the 1789 French Revolution.

Insolvency of a PCC

The second edition retains at its core a central and critical question, namely – will other jurisdictions recognise the PCC and its cells, especially in the event of an insolvency?

The short answer is that probably yes, and almost certainly for creditors that choose to engage with the PCC, but less likely if the PCC engages in compulsory insurances (such as motor liability) and particularly where the creditors are deemed to be involuntary.

A primary issue is recognition of the domicile’s laws by other jurisdictions. In this regard the authors note that Gibraltar and Malta have a distinct advantage because the EU Insurance Insolvency Directive requires mutual recognition of a local insolvency process. Clearly, the local jurisdiction will protect the concept of cell segregation of assets and liabilities.

Feetham & Jones argue that aside from international treaty or quasi-treaty requirements, the concept of ring-fencing liabilities should not conflict with accepted business practice. The problem, as the authors acknowledge, is that public policy concerns could intervene when the creditor is deemed involuntary as they would not have chosen to rank (amongst other creditors) only in respect of the assets of the cell.

The counter argument is that courts have always recognised that insurance policies can contain limitation of liability clauses. So long as the cell limitation concept is seen in this light – i.e substantive, rather than being seen as some form of (antecedent) blocking remedy contrary to the principle of treating creditors equally (pari passu), then the PCC concept may well survive such a test.

Suffice to say, there is as yet no specific case law on the subject; however the authors have rightly brought to the second edition an important Lords judgment in connection with the HIH insurance insolvency. In this judgment, the principle of respecting the insolvency proceedings of another jurisdiction (and also indirectly a weakening of pari passu) is very helpful for the future prospects of a PCC in the context of an insolvency. This is important, since a PCC is designed to provide a preference to creditors with respect to cells – this is the whole point of the PCC.

I have no doubt that in the event of future litigation or insolvency involving a PCC anywhere in the World that this book will be quoted extensively by practitioners and judges alike. Whether it will be cited with approval remains the open question. There is still no case-law on the subject which makes this book the legal reference point of choice.

In order to maximize the chances of the home law and jurisdiction of the PCC prevailing in the event of a dispute, the mantra of the book is that all aspects of a PCC (as far as possible) should be kept in the home jurisdiction. Some helpful points are made:

Aside from insolvency, the sponsors of a PCC will want to ensure there are no unpredictable tax liabilities from foreign jurisdictions, and hence another reason to “keep things local”. This new chapter on taxation is invaluable, referencing IRS publications on the matter, and Controlled Foreign Company (CFS) rules amongst other points. Whilst it would be ambitious to attempt a summary here, it is noteworthy that the prospects of a challenge to the cellular structure from tax authorities is a clear risk which needs to be planned for in the structure, set-up and ongoing management of a PCC.

A very useful addition to the second edition is the comparison of PCC domiciles, now including those USA states with Series LLC legislation. The authors continue to approach this from a first principles basis which greatly helps understanding. For example, each domicile (or set of domiciles) will have varying approaches to inter-cellular liability and liability between the core and cells.

The authors have clearly looked widely for new material, and an exciting insight in this part of the second edition is the potential for the PCC to become mainstream in the wider context of the Solvency II regime. This is the new regulation for insurance companies that will significantly increase capital requirements for insurers throughout the EU in 2012. It would be surprising if insurance companies make no significant effort to find out all the possibilities for mitigating these new requirements (which will be severe for many). One answer is the PCC. Since it is a company, the solvency requirement applies to the PCC, not the cells. Moreover, the Solvency II regime expressly provides capital relief for diversification, so the more cells (i.e more diversification) there is a potential for a substantially lower solvency requirement – on average per cell.

This finding links to the authors’ insight that a PCC is (or can be) analogous to Lloyd’s of London. The established PCCs – such as those that exist in Gibraltar and Malta – can benefit from this for sure, but the real potential is possibly even more significant for the PCC. Going back to the legal laboratory concept, the originators of the PCC may not have imagined the extent to which the PCC may thrive, and a second Lloyd’s of London is not so far-fetched if the Solvency II regime is ultimately as onerous as is now feared in the insurance industry.

There are many more additions and improvements in this second edition which I have not had space to cover here. I would expect this book to stand for some considerable time as the standard and authoritative text on the subject worldwide. Local lawyer Nigel Feetham should be commended for his accomplishment. In short, this book, particularly in its new edition, is an excellent tour de force by very knowledgeable authors. 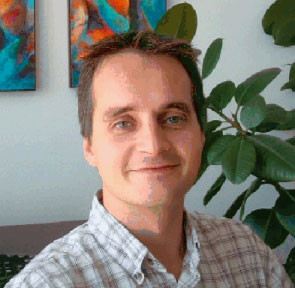 Robin Amos is Assistant Director at Aon Insurance Managers (Gibraltar) Limited, and a member of the GIA’s Solvency II Committee.

Further information about the book can be found on the publisher’s website here.